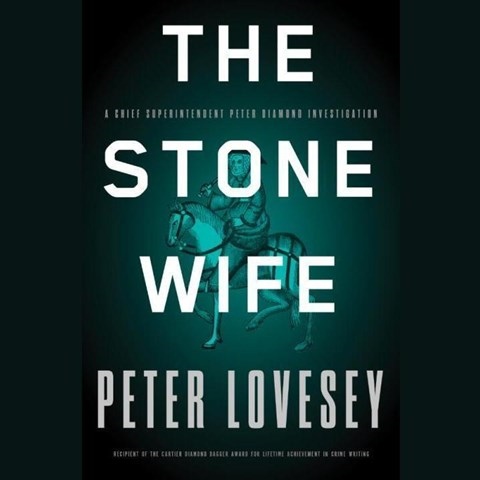 The stellar Simon Prebble has narrated many of Lovesey’s Detective Superintendent Peter Diamond books. His rendition of the newest one about the crusty Bath, England, CID investigator is every bit as good as the previous ones. As always, Prebble’s plumy, warm delivery promises a pleasing listen. His narrative pacing works well with the action sequences, and he offers such a range of believable men’s and women’s voices that conversations in the police squad room involving gruff, old Diamond, enthusiastic, young female coppers, and middle-aged policemen from Bath and elsewhere seem to involve a host of narrators instead of one. The mystery involves a death and a stolen stone carving that may or may not depict Chaucer’s Wife of Bath. Believable or not, it’s great fun. A.C.S. © AudioFile 2014, Portland, Maine [Published: DECEMBER 2014]