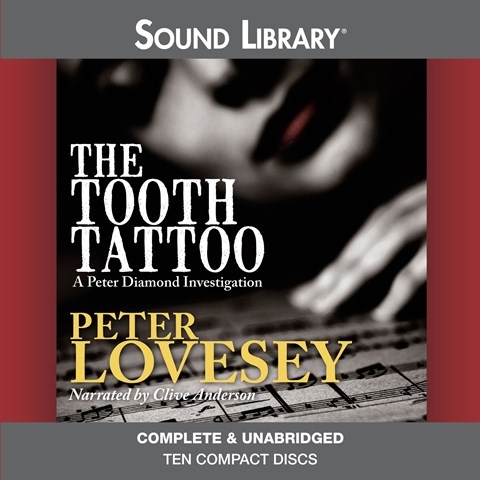 The Peter Diamond procedurals are very well made, and this one would be particularly entertaining but for the extremely disappointing production and performance. Clive Anderson can act, and he's excellent with accents, but almost all his women have distractingly breathy, oddly pitched voices not found in nature. Worse, he makes a disastrous choice for a key character, the cellist in a world-class string quartet linked to several murders. Cat is written as bigger than life, full of charisma and confidence, but Anderson gives her a low-energy whisper-in-your ear voice that makes no sense and doesn't change when drama demands it. Equally serious are some bad edits, much inattentive phrasing, and an absurd number of recurring mispronunciations. Netsuke is tricky, but Genoa? Budapest? Haydn? Come ON. B.G. © AudioFile 2013, Portland, Maine [Published: MAY 2013]