Home»Reviews»A VIEW FROM THE BRIDGE 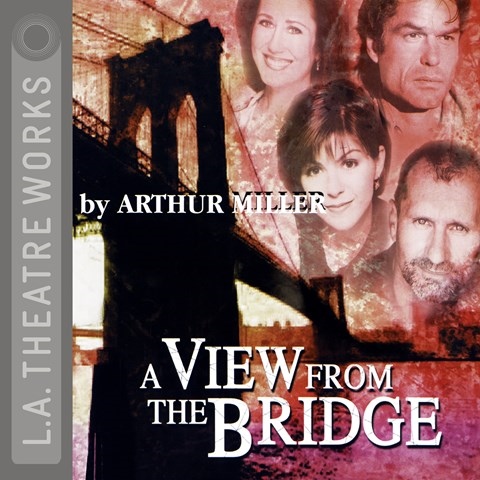 A VIEW FROM THE BRIDGE

Arthur Miller's play is a bit melodramatic and uses some crude dramaturgy, but it's an entertaining period piece written in 1955 and set in Brooklyn during that era. Ed O'Neill (who played Al Bundy on "Married... With Children") is convincing as Eddie Carbone, the Italian-American longshoreman at the center of this play about obsession and betrayal. Jamie Hanes and Harry Hamlin put on passable accents as illegal Sicilian immigrants hiding out in the Carbone home. The play also benefits from judicious editing that makes the action easier to follow in an audio-only format. D.B. © AudioFile 2002, Portland, Maine [Published: JUN/JUL 02]