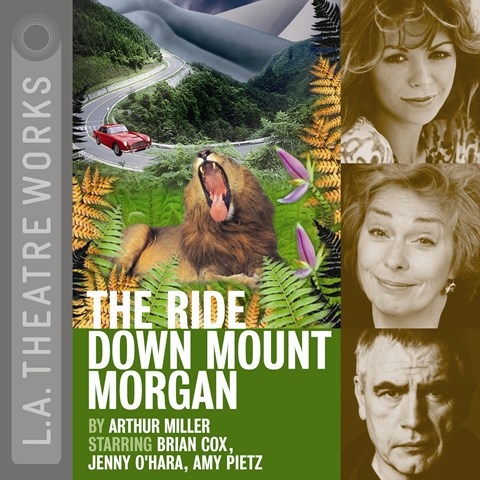 A car wreck on the slippery slopes of Mt. Morgan puts tycoon Lyman Felt in the hospital. As he recovers, two women learn that they are both married to him. With his secret revealed, Lyman tries to justify himself to sturdy Theo and edgy Leah while convincing himself that he should be congratulated on his struggle with honesty and passion. LATW’s production of Miller’s play is powerful and maddening, with actors Brian Cox, Jenny O’Hara, and Amy Pietz in top form. Their vocal characterizations are emotionally rich and fully realized down to each frustrating detail. One is left wondering if Lyman Felt and his two wives will ever recover. M.R.E. © AudioFile 2006, Portland, Maine [Published: FEB/ MAR 06]