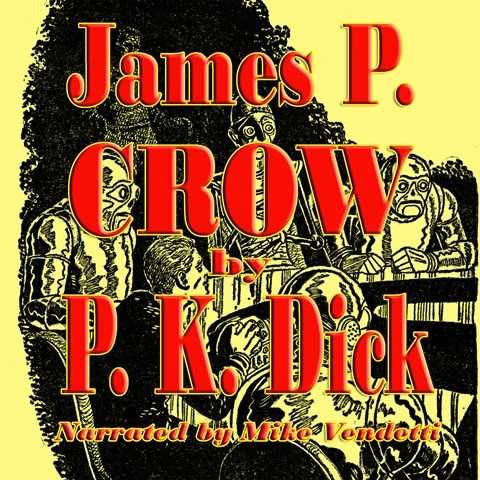 Narrator Mike Vendetti deftly conveys the emotionally charged atmosphere of this short story. Just after the last nuclear war, humans became inferior to robots (also called "robs"). Vendetti effectively uses a matter-of-fact tone to recount how the robots dominate their human servants. While humans can take a test to move up in the robot-run society, no human has ever scored enough points because the test is slanted toward robot culture. Then, James P. Crow, whom Vendetti gives an appropriately powerful and convincing voice, gets EVERYONE'S attention when he passes the test. However, the humans' joy is short lived when Crow's appearance and personality begin to change in an unsettling conclusion. S.G.B. © AudioFile 2015, Portland, Maine [Published: SEPTEMBER 2015]