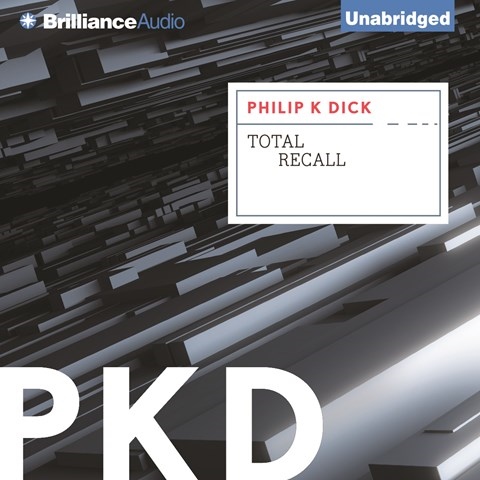 "He awoke—and wanted Mars." From sci-fi legend Philip K. Dick, this iconic story inspired the classic action film TOTAL RECALL. Originally titled "We Can Remember It for You Wholesale," the story features mild-mannered Doug Quail, who is filled with a yearning to see Mars and who shows his detractors that even ordinary men have extraordinary potential. Phil Gigante fills Doug with a helpless and hopeless longing; his need to visit Mars is palpable, as is his growing distrust of others. Gigante infuses Kirsten, Doug's wife, with anger and spite and allows McLane, head of REKAL, to grow almost hysterical as events go out of control. Notable among these unique voices is that of the breathy receptionist who fails to calm Doug as he discovers his true self. A.Z.W. © AudioFile 2012, Portland, Maine [Published: DECEMBER 2012]