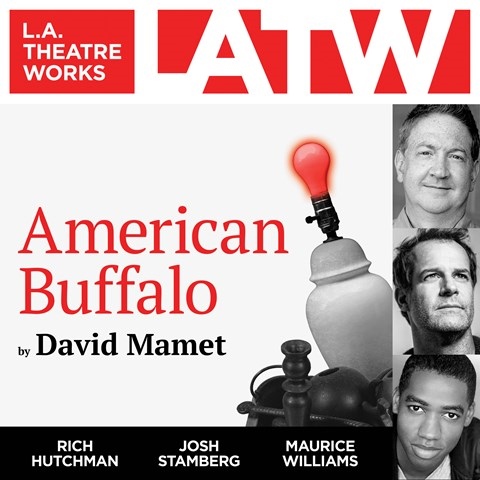 In this 1975 OBIE-winning gem by one of America’s most influential writers, actors Rich Hutchman (“Madmen”) and Josh Stamberg (“Parenthood”) and newcomer Maurice Williams own the stage as a comic/tragic trio of criminal-mastermind wannabes intent on stealing a rare Buffalo Nickel. Hutchman and Stamberg especially revel in finding the everyday poetry in the quick and rhythmic dialogue of Chicago’s South Side. This short play is no simple, breezy comedy as the actors dig deep to bring out the vulnerability, confusion, and hurt in their working-class characters. Kudos to L.A. Theatre Works for this delightful 2015 production, and for once again demonstrating that the contemporary stage is perfect for audiobook listening. B.P. Winner of AudioFile Earphones Award © AudioFile 2016, Portland, Maine [Published: SEPTEMBER 2016]