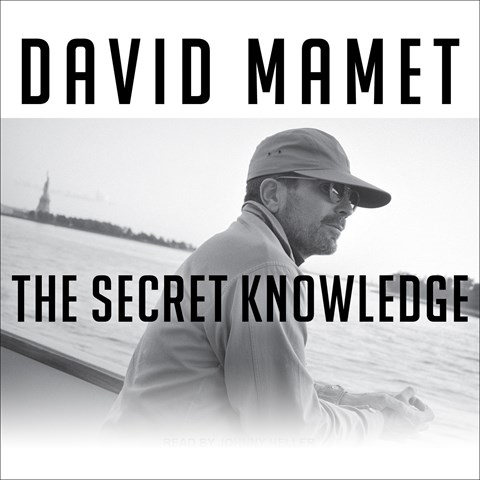 THE SECRET KNOWLEDGE On the Dismantling of American Culture

Expanding upon a theme originally presented in a 2008 VILLAGE VOICE editorial, playwright, screenwriter, and film director David Mamet offers a series of linked essays in support of private enterprise, rugged individualism, and a highly limited governmental role. Mamet’s arguments are cogent, simple, and strong, but Johnny Heller’s gritty tone and monotonous rhythm do not assist the listener in comprehending the author’s arguments. Government, as argued, may be the ultimate bureaucracy, and those left of center may indeed follow a uniform herd mentality. But this work would have been far more compelling with a less repetitive, more finely nuanced—in fact, more varied—audio performance. W.A.G. © AudioFile 2011, Portland, Maine [Published: OCTOBER 2011]