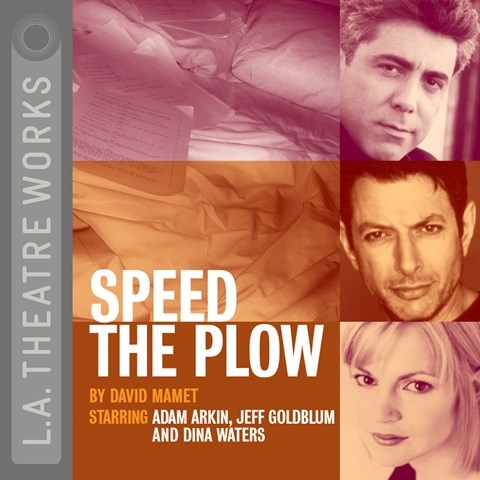 Mamet’s play is a three-person ode to cynicism. Plot, dialogue, and characters generate his trademark style of fingernail-on-the-blackboard discomfort punctuated by verbal cleverness and humor. Jeff Goldblum’s mannered vagueness works for the character of a neurotic producer, though it’s hard to perceive him as a wielder of power. Dina Waters’s voice, little-girlish and brittle, as if she were always on the verge of tears, doesn’t so much fit her part as interpret it. Adam Arkin steals the show with a character whose coarse and passionately declared ambition is at least understandable. One minor note is the program’s lack of tracking. W.M. © AudioFile 2005, Portland, Maine [Published: OCT/NOV 05]