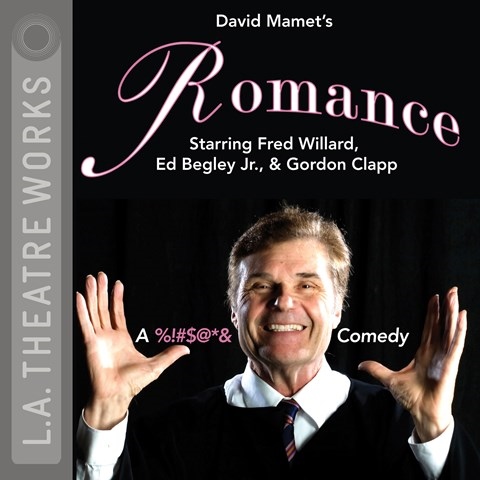 by David Mamet | Read by a Full Cast

Pulitzer winner Mamet lards on politically incorrect jokes, massive irony, and expletives in this brief courtroom farce. An anti-Semitic attorney (Ed Begley, Jr.) representing a Jewish defendant (Steven Goldstein) seeks to interrupt the trial so that his client can use his chiropractic skill to bring about world peace. Of course, the prosecutor (Gordon Clapp) objects while his disgruntled male lover (Noah Bean) harasses him by cell phone and, later, in person. An overmedicated judge (Fred Willard) more or less presides. Neil Pepe, who directed the 2005 off-Broadway premiere, does the honors for this lively West Coast reading before an appreciative studio audience. The fine but apparently under-rehearsed cast doesn't quite pull off the precise comic timing the play requires for full effect. Y.R. © AudioFile 2007, Portland, Maine [Published: OCT/ NOV 07]