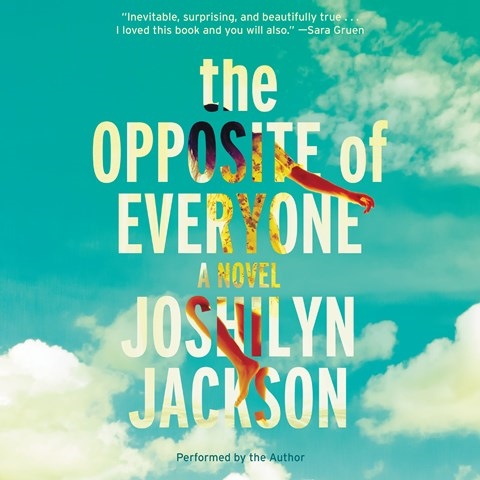 THE OPPOSITE OF EVERYONE

When feisty Southern divorce lawyer Paula Vauss receives a cryptic message from her estranged mother, Kai, she begins a search that ultimately shows her the power of family and forgiveness. Joshilyn Jackson's abilities extend beyond her writing--insightful, funny, and poignant--to her narration. She breathes fiery life into Paula, exposing the vulnerability that gives context to the character's self-protective sarcasm. Entertaining on every level, Jackson portrays a variety of original, flawed characters--including Paula's ex-love, Birdwine, who is a private eye, and mystical Kai, a storyteller. In addition, she creates touching scenes and builds suspenseful twists, capturing the listener's complete attention and admiration. J.C.G. Winner of AudioFile Earphones Award © AudioFile 2016, Portland, Maine [Published: MARCH 2016]