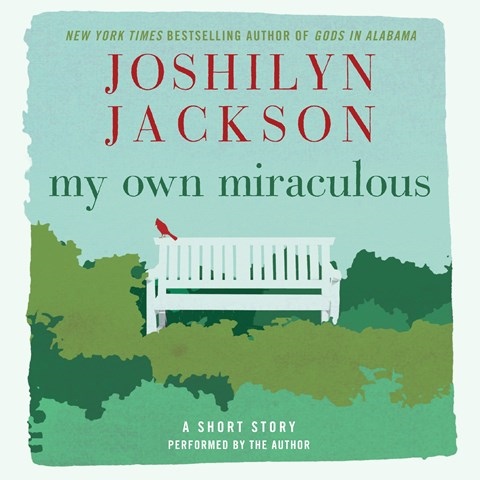 MY OWN MIRACULOUS A Short Story

Joshilyn Jackson shines as both author and narrator of this prequel to her novel SOMEONE ELSE'S LOVE STORY. In this story, 20-year-old Shandi makes the transition from simply having a child to truly being a mother when she's forced to confront the truth about her precocious son. The story stands beautifully on its own while also enhancing the earlier work. It is wonderfully written and is enriched even further by Jackson's absorbing narration. Jackson's youthful voice fits her protagonist well, and, even more importantly, she vocally conveys the strong and authentic emotions that infuse her writing. J.L.K. © AudioFile 2013, Portland, Maine [Published: NOVEMBER 2013]