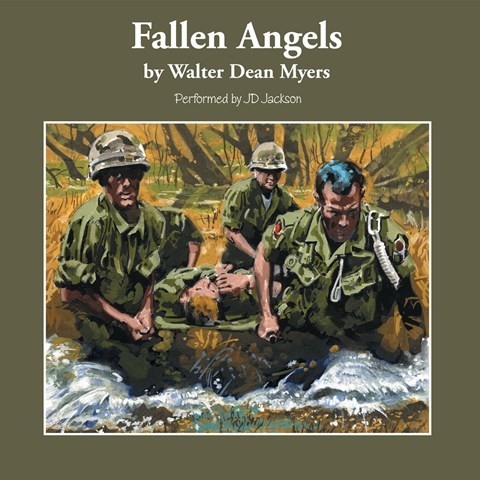 J.D. Jackson brings listeners directly into the jungles of Vietnam with 17-year-old African-American Richie Perry and his fellow soldiers in Walter Dean Myers’s classic story of boys and war. Death is an inevitable companion, bringing the pain of loss and a longing to return to “the world,” no matter how difficult it may have been. Jackson ably navigates the rough language, racism, and xenophobia that are the realities of the story. A few production missteps do not detract from the deep bonds that form among the boys as they struggle to keep themselves alive despite the ineptitude and hubris of army leadership. Once again, we journey into the incomprehensible landscape of war. S.G. © AudioFile 2016, Portland, Maine [Published: FEBRUARY 2016]