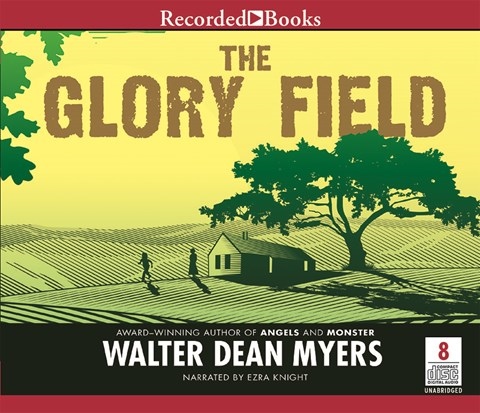 Walter Dean Myers’s epic story spans the generations of the Lewis family dating back to Muhammad’s arrival in America on a slave ship in the eighteenth century. Although narrator Ezra Knight's performance begins with a jarring, almost staccato, cadence, his delivery smooths out as the characters move toward the twentieth century. Knight's voice is deep and strong, and, when matched with a more natural delivery, lends additional gravitas to the story. His gift, however, is dialogue and characters. Knight's emotional range is impressive, especially since it’s continually tested throughout each generation's struggle to define, defend, and celebrate what it means to be a Lewis. A.S. © AudioFile 2014, Portland, Maine [Published: OCTOBER 2014]