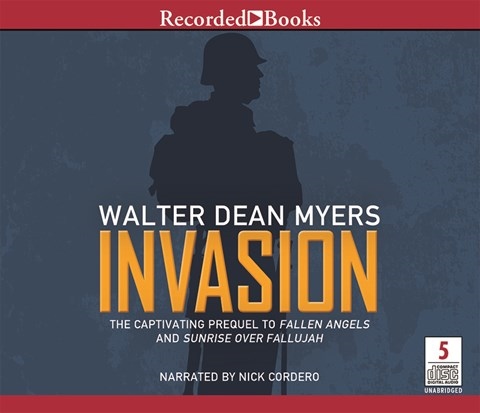 Nick Cordero narrates this story about Josiah Wedgewood, a soldier on the front lines of the Normandy invasion during WWII. Cordero's tone of weariness and resignation reflects Josiah's mental state as he does what he has to do to survive amid the horror. Cordero doesn't create distinct voices for the different soldiers Josiah fights alongside, and it becomes difficult to distinguish between them from time to time. But the other characters don't matter as much as Josiah himself and how violence and death numb him and narrow his focus to the things most important to him--survival, safety, food, and home. This is a taut and moving look at the cost of war. A.F. © AudioFile 2014, Portland, Maine [Published: SEPTEMBER 2014]