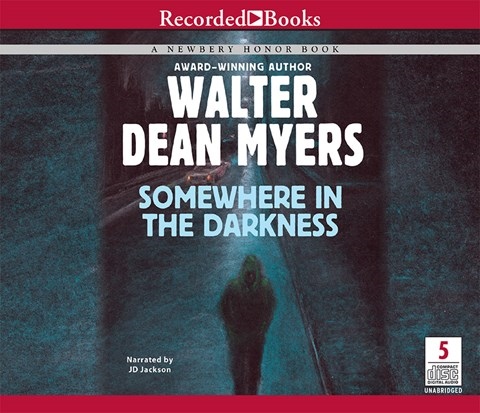 SOMEWHERE IN THE DARKNESS

Narrator JD Jackson voices all the bewilderment and tempered hope felt by 14-year-old Jimmy Little when he's yanked away from his caregiver, Mama Jean, by his father, Crab, an escaped convict. Together, the two make a cross-country trip in search of family relations and complicated levels of forgiveness. Grasping at a world slipping away, Crab moves from bravado to emotional and physical pain, which is eloquently, realistically portrayed in Jackson's narration. The journey from New York City to Arkansas via Chicago requires Jackson to deliver diverse accents and personalities and portray a medley of peripheral characters. He meets these challenges, delivering a sharply paced story that moves from reflection to chilling confrontation. D.P.D. © AudioFile 2014, Portland, Maine [Published: OCTOBER 2014]