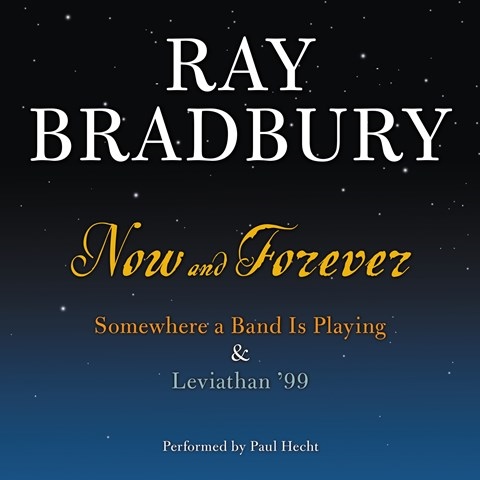 NOW AND FOREVER Somewhere a Band is Playing & Leviathan '99

Narrator Paul Hecht sounds like my mind's eye vision of Ray Bradbury in "Somewhere a Band is Playing." He places the time, early twentieth century, perfectly with a tone and intonation that fit the period. The setting is the American Southwest as seen through the eyes of a Chicago journalist. The story is largely a single-person narrative, and Hecht does a creditable job. In the second piece, "Leviathan '99," Hecht has more scope for his considerable vocal talents. Between the gravelly voiced blind captain and the fuzzy, green telepathic spider, roommate of the main character, Hecht manages a broad spectrum of differing and sometimes whacky vocal gymnastics. His passion and excellent pacing also improve the work of this master storyteller. M.C. © AudioFile 2016, Portland, Maine [Published: JUNE 2016]