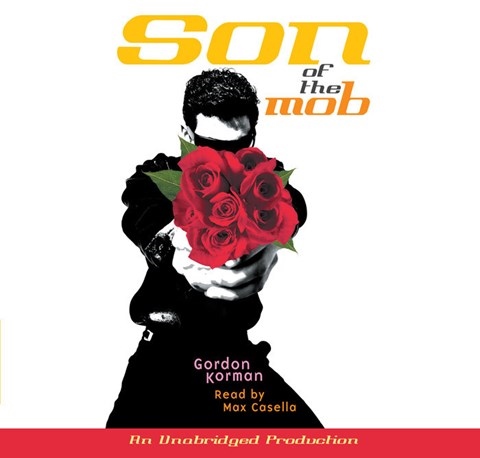 SON OF THE MOB

When Vince Luka tells folks his father is in the vending machine business, he’s not talking soda cans. Luka Senior is a kingpin of the Mob. Max Casella shoots Korman’s words out as fast as a machine gun, and the speed is dead-on for this breezy, dark comedy. He gives Vince the right balance of frustration and heart as the high schooler tries explaining to Dad that his future is uncertain but one thing is “fuh shore--I’m not goin’ inta da bizness.” Vince may not want any part of it, but things get, well, complicated. SON OF THE MOB is like “The Sopranos” for a slightly younger audience. Casella has worked on the hit show, and he brings his talent for portraying mobsters to this fine recording of Korman’s latest teen title. M.M.O. Winner of AudioFile Earphones Award, 2003 YALSA Selection © AudioFile 2003, Portland, Maine [Published: FEB / MAR 03]