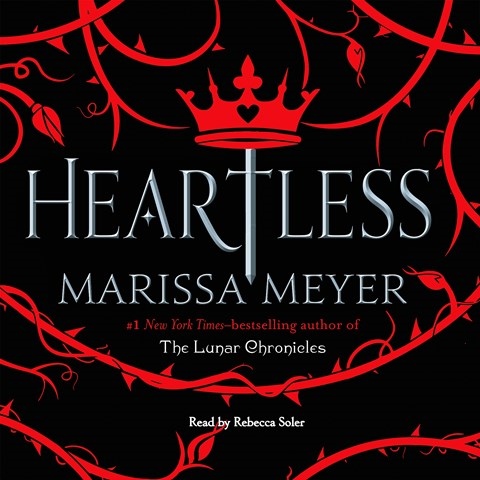 Fans of ALICE IN WONDERLAND will love the audio version of HEARTLESS, beautifully narrated by Rebecca Soler. Listeners hear the story of Lady Catherine Pinkerton, known as Cath, before she became the infamous and terrifying Queen of Hearts. Despite being born into the gentry, Cath just wants to open a bakery with her best friend and create delicious treats. Her parents are thrilled when the King of Hearts requests permission to court Cath; however, her interest lies elsewhere--with the mysterious Jest--and she's torn between doing what is expected and following her heart. With appearances by well-known characters like the Mad Hatter, the Cheshire Cat, and the Jabberwock, Soler does a remarkable job of bringing to life the fantasy and magic of Wonderland and drawing listeners into the adventure. K.S.M. © AudioFile 2017, Portland, Maine [Published: FEBRUARY 2017]