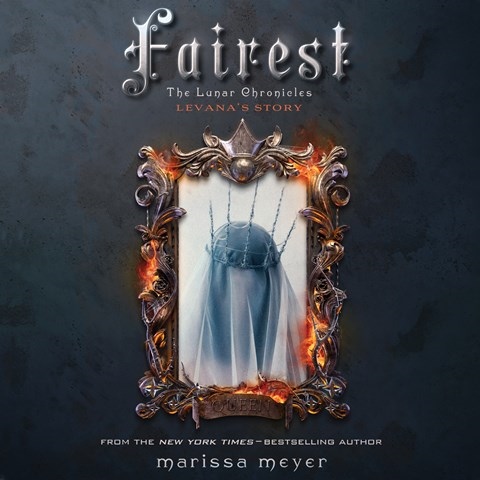 The prequel to The Lunar Chronicles begins with 16-year-old Levana, the younger Lunar Princess, who is trying to find her place during her cruel older sister's reign. Rebecca Soler begins in a tentative, youthful tone that emphasizes Levana's emotional vulnerability. Ashamed of her disfigurement, Levana makes herself glamorous, though her appearance cannot win the love of the man she desires. Soler's tone slowly hardens as Levana takes on the life she feels she deserves. As Levana's manipulative talents grow, Soler moderates her narration, allowing Meyer's story to unfold slowly. Fans of Meyer's other books will find themselves truly absorbed as Levana grows into the evil Lunar Queen who later attempts to conquer Earth. J.M. © AudioFile 2015, Portland, Maine [Published: MARCH 2015]