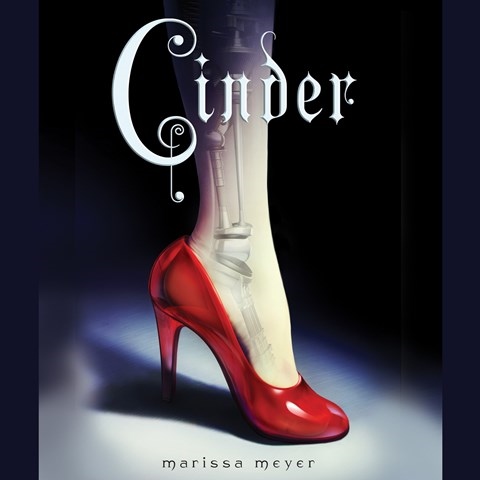 This retelling of the classic fairy tale “Cinderella” features Cinder, a cyborg who is also a well-known mechanic in New Bejing. Rebecca Soler gives Cinder an even, mature voice while giving her android assistant more robotic tones. When the kingdom is threatened by a plague, Cinder becomes aware of her true heritage and allies herself with Prince Kai, who is differentiated with a lower-pitched voice. They join forces at the ball to keep the kingdom safe from the Lunar Queen, a malevolent ruler with a sugary sweet voice. Soler ably handles all the terminology of their dystopian world and brings this futuristic version of “Cinderella” to life. E.N. © AudioFile 2012, Portland, Maine [Published: MARCH 2012]