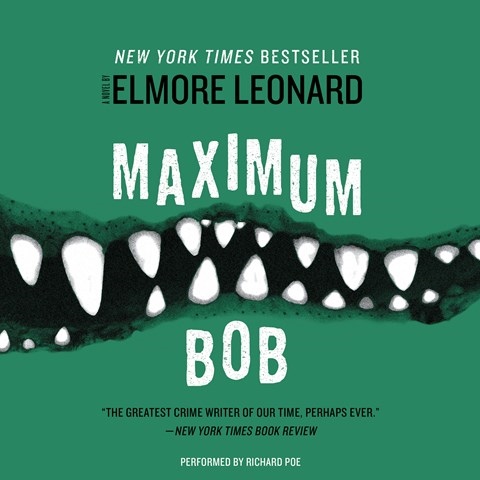 Having narrated four Elmore Leonard Westerns, Richard Poe demonstrates in this re-release that he's also comfortable with Leonard's crime novels. Set in Palm Beach, the audiobook weaves dark humor, realistic language, shifting points of view, and multiple storylines: Bob Gibbs, a right-wing cracker judge, stalks a parole officer; Bob's wife believes she's possessed by an eighteenth-century slave girl; and a family of clueless 'gator poachers is intent on harming the judge. Poe delivers a respectable range of Southern accents, and, most importantly, he allows the humor come out naturally. This is an essential listen for Leonard's fans because it provides the inspiration for many characters who appear in later books--including the dysfunctional Crowe family, whose members, like most of Leonard's criminals, are dumber than they think. R.W.S. © AudioFile 2017, Portland, Maine [Published: MAY 2017]