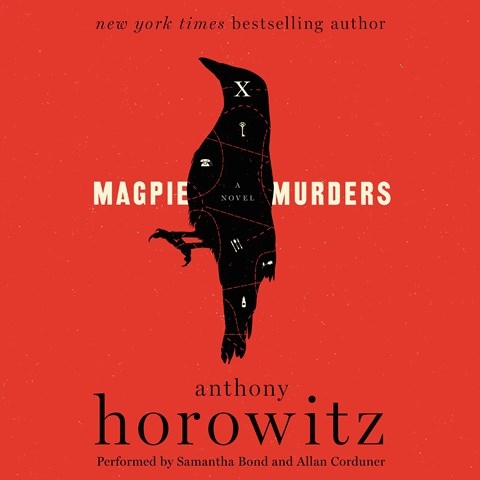 Listen straight through--or savor slowly? That will be your struggle because Horowitz's delicious mystery-within-a-mystery is, as they say, "fiendishly clever" and terrifically narrated. Samantha Bond begins enticingly with her husky vibrato and fully realized performance as a contemporary book editor who's been given a murder-mystery manuscript. Soon, we're in the midst of that book, set in 1955 and performed by Allan Corduner with a delightful bow toward the storytellers of old. A village busybody has fallen and broken her neck, and when her boss is murdered (a suit of armor is involved), famous detective Atticus Pund arrives to assist the police. When the manuscript ends abruptly, our editor determines to follow the clues, a potentially lethal decision. Oh boy, oh boy. A.C.S. Winner of AudioFile Earphones Award © AudioFile 2017, Portland, Maine [Published: JUNE 2017]