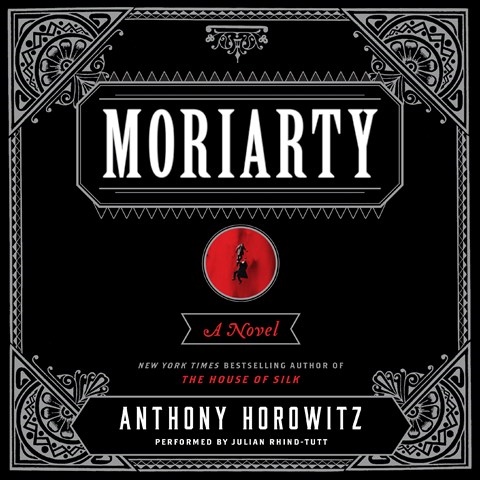 This devious Sherlockian tale by English novelist and screenwriter Anthony Horowitz requires narrator Julian Rhind-Tutt to play a range of English and American characters. He generally excels, although the voice he uses for the story’s American protagonist has a flat, nasal rasp that may put off some listeners. That aside, he does an admirable job of using intonation and accent to portray personality. His pacing enhances the plethora of action in this fiendish reconsideration of what happened after Sherlock Holmes and Moriarty’s death-fight at Reichenbach Falls. The result involves an American Pinkerton agent, a Scotland Yard detective, and an assortment of villains from both sides of the Pond. Have fun! A.C.S. © AudioFile 2014, Portland, Maine [Published: DECEMBER 2014]