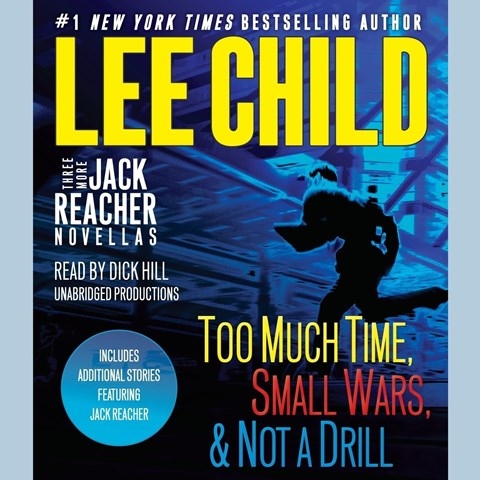 Dick Hill narrates this trio of novellas, as well as assorted short stories, with Jack Reacher at the center. Formerly in the Army's military police, Reacher is now a solitary man whose spartan and transient existence leads to surprising adventures. Hill does a solid job throughout, remaining consistent with Reacher's signature calm voice and becoming more emotional with some of the minor characters Reacher encounters. In one story, Reacher meets a bunch of hikers, men and women, who are given excitable tones that fit the storyline. The dialogue-heavy stories rely less on action than other Childs works. The reliable Hill sets the tone with his steady portrayal of the resourceful hero. M.B. © AudioFile 2017, Portland, Maine [Published: JULY 2017]