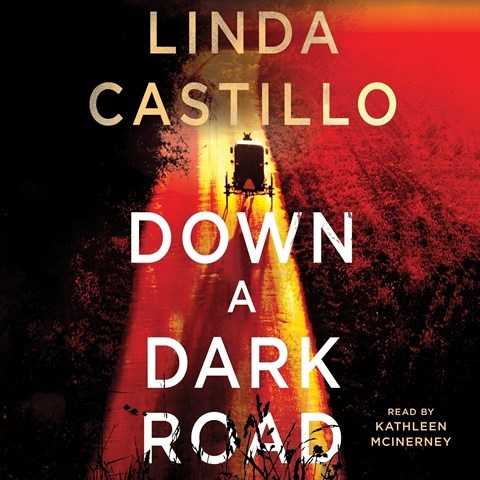 Past and present collide for Chief of Police Kate Burkholder in this compelling audiobook, and Kathleen McInerney is a strong narrator. When Joseph King, who is serving a life sentence for murdering his wife, escapes from prison, he flees to the Amish community where he grew up. He takes his children hostage and ambushes Kate, a childhood friend who is his only hope for identifying the real killer. McInerney speaks primarily from Kate's perspective but creates strong voices for all of the book's characters. As Kate discovers a web of lies, the twists and turns will keep listeners engaged. McInerney transitions between past and present, Amish and English as Kate fights to uncover the truth. Though part of a series, this title easily stands alone. K.S.M. © AudioFile 2017, Portland, Maine [Published: JULY 2017]