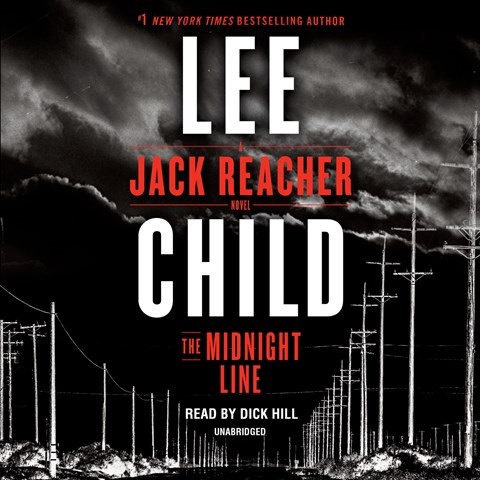 Fans of Jack Reacher (the "Reacher Creatures") will find everything they've come to expect in the series: long bus trips to nowhere; detailed, well-choreographed fist fights, which Reacher always wins; and a never-ending pursuit of justice. Narrator Dick Hill's gruff, evenly paced voice has become the voice of Jack Reacher, even when Reacher says nothing. Reacher's self-appointed mission is to track down the owner of a women's West Point Class of 2005 ring, which he finds in a pawn shop. Hill successfully voices the many characters, male and female, cop and criminal, whom Reacher encounters. Reacher's pursuit unravels a tragic, eye-opening story of veterans who have been abandoned by their country to cope on their own with the traumatic physical and mental scars of war. E.Q. © AudioFile 2017, Portland, Maine [Published: OCTOBER 2017]