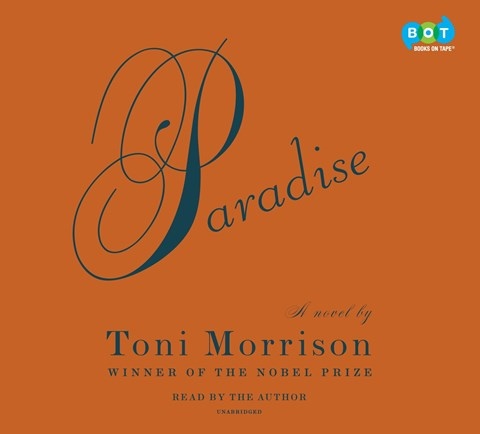 Not surprisingly, the Pulitzer Prize-winning author's seasoned and steady narration works well with her novel, first published in 1997. She unfolds the lives of the citizens of Ruby, an all-black patriarchal town, as well as the lives of four exiles in a nearby convent. There is a rhythmic lull in the way Morrison speaks, as if at the end of each sentence she is sighing the words, "This is the way life is." Her tone is weary as she conveys the divide between men and women, young and old, dark- and light-skinned. Morrison takes her time as she projects a desperate yearning, her aged voice capturing each character as she depicts themes of sin and redemption. T.E.C. © AudioFile 2018, Portland, Maine [Published: JANUARY 2018]