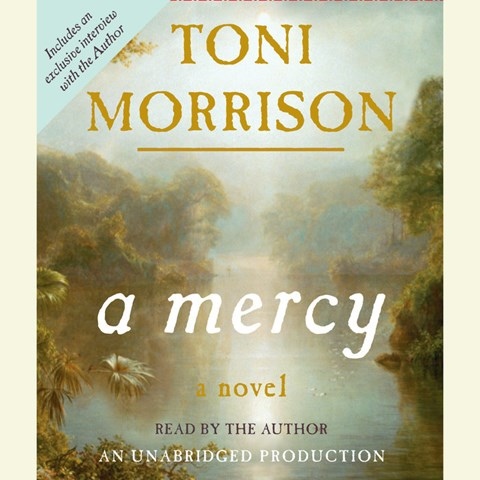 It may come as no surprise that Toni Morrison is as thoughtful, dramatic, and poetic a reader as she is a writer. A MERCY reveals itself to the listener in small, significant stages, using imagery far more than simple narrative, and Morrison's deft reading is an integral part of keeping the listener rapt with attention. The story provides a glimpse into seventeenth-century America, when servitude took on a variety of forms, and slavery was present on a smaller, but still merciless, scale. Morrison moves within a distinctive set of characters, her voice somehow both powerful and understated. As her prose weaves vivid and sometimes abstract snapshots of the characters' lives, Morrison's performance is the velvet cord that beautifully fastens the audiobook together. L.B.F. © AudioFile 2008, Portland, Maine [Published: NOVEMBER 2008]