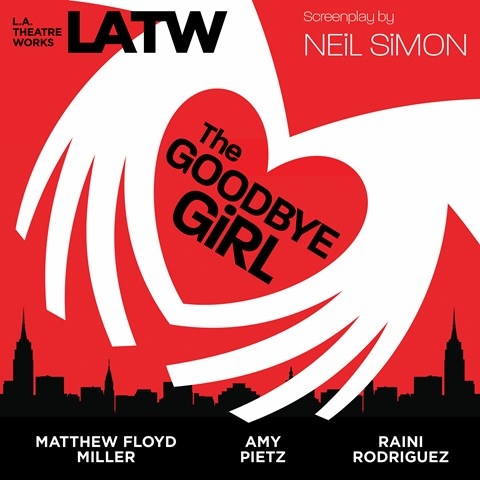 I was waiting for the scene when Elliott whips Paula's panties off the shower rod where they are drying. Would it be as funny and poignant as it was in the 1977 movie? I'm here to say that it rocked. Neil Simon's screenplay about a flighty dancer/actress and her level-headed daughter who are forced to share a tiny New York City apartment with an off-off-off Broadway actor still works. L.A. Theatre Works' 90-minute production, recorded live at UCLA's James Bridges Theater, is a comical, soppy pleasure from beginning to end. Matthew Floyd Miller channels Elliot's quirky Midwestern sincerity. Amy Pietz is a scatterbrained traditionalist. And Raini Rodriguez is a revelation as daughter Lucy. So make a big bowl of popcorn, put your feet up, and settle in. A.C.S. © AudioFile 2018, Portland, Maine [Published: JULY 2018]