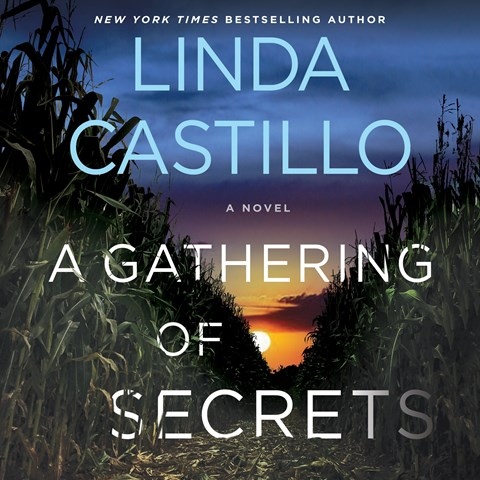 Narrator Kathleen McInerney returns as compassionate and determined Chief of Police Kate Burkholder. In the latest audiobook in Linda Castillo's popular series, the suicide of a teen girl and the murder of a young man by arson rock the small Amish community Kate serves. As she and her department investigate, they soon find that there is much more to the lives--and deaths--of the young people than was originally believed. Relationships, secrets, and lies are at the forefront of the story as the community struggles with what has happened. McInerney shifts seamlessly between the many secondary characters, drawing in listeners as the plot unfolds. When the violence increases and secrets are exposed, Kate must confront her own past as she works to uncover the truth. K.S.M. © AudioFile 2018, Portland, Maine [Published: JUNE 2018]