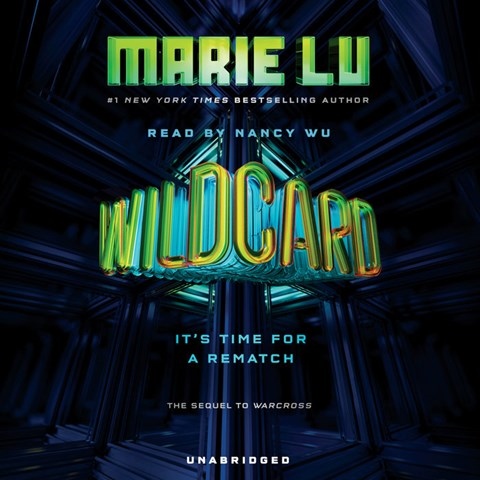 Following the turbulent events of the Warcross Championships in 2017's WARCROSS, Emika Chen returns to put a stop to Hideo Tanaka's schemes. Nancy Wu also returns to narrate the final installment in the duology. Her performance perfectly sets the tone for the story, giving it a sense of urgency that matches the high stakes of the battle Emika and her team take on. But while Wu delivers the narrative well and captures the character of Emika Chen, other characters, especially males, aren't given as much presence. Also, multiple accents sometimes make it difficult to identify characters rather than clarifying them. C.J.S. © AudioFile 2019, Portland, Maine [Published: MAY 2019]