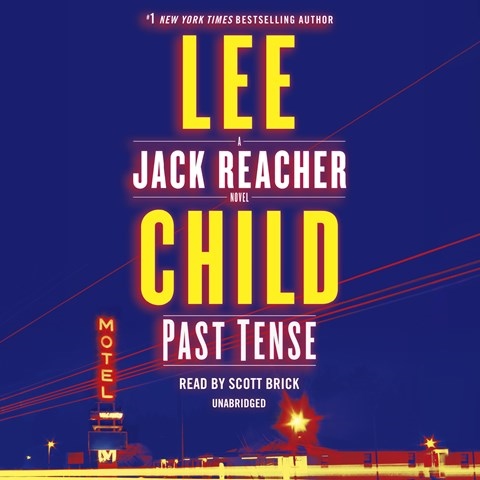 Hang on to your earphones, Reacher fans: We have a new voice for Reacher. After listening to Dick Hill as the voice of Jack Reacher for many years, there may be some adjusting to Scott Brick's narration. Brick provides his first Reacher novel with with a strong, smooth voice for the protagonist himself, credible female voices, and clearly differentiated secondary characters. Reacher starts out on a cross-country adventure and ends up in his father's supposed hometown, where he decides to explore his ancestry. Nearby, a Canadian couple finds themselves stuck in a mysterious motel where nefarious activities are going on. The two stories converge, leading to the intense, fast-paced conclusion. Listeners will be fully engaged as Reacher continues his fight for justice, beating up a lot of villains along the way. E.Q. © AudioFile 2018, Portland, Maine [Published: NOVEMBER 2018]