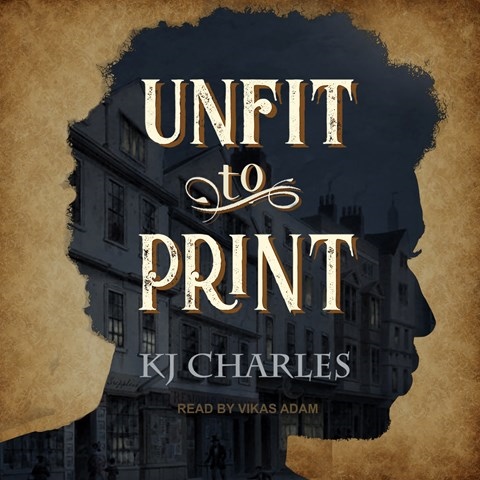 Narrator Vikas Adam treats listeners to a gritty historical romance that is one part reunited lovers and one part murder mystery. Bookseller Gil Lawless is a man used to being an outcast due to his mixed parentage. Then he encounters the one man he never thought to see again, lawyer Vikram Pandey, whom he knew as a boy and who is the only love he's ever known. Together, they will sort through a scandalous collection of erotica and several ignored murders to find a missing young man before it's too late. Layering two diametrically opposite heroes over an engaging plot and romance, Adam gives listeners a rich performance that explores a darker London with a dash of hope. A.L. © AudioFile 2018, Portland, Maine [Published: DECEMBER 2018]