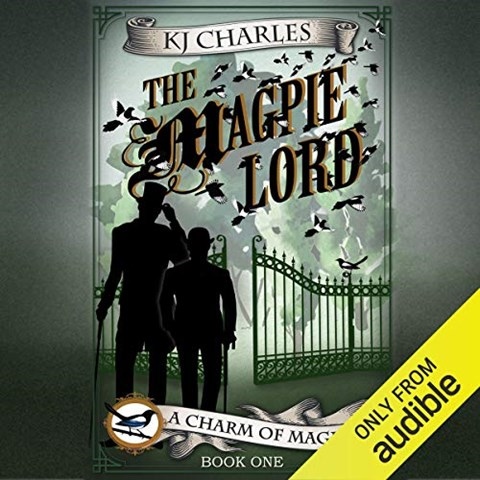 THE MAGPIE LORD A Charm of Magpies, Book 1

Cornell Collins narrates a fantasy involving treachery, revenge, and a dash of romance. Lucien Vaudrey has returned from China to deal with his inheritance and unexpectedly finds himself drawn into a magical conflict. Stephen Day grudgingly agrees to assist, despite his deep-seated loathing of the Vaudrey family. Collins does an excellent job of showing Stephen's emotions slowly change from anger at Lucien to anger at the situation, and then change again to admiration and interest in Lucien. Lucien is more of a cypher, seemingly a cool and aloof aristocrat, but Collins easily brings out the rougher edges of his personality. Some secondary characters are occasionally slightly difficult to distinguish, but that does not impede the overall enjoyment of the story. K.M.P. © AudioFile 2019, Portland, Maine [Published: OCTOBER 2019]