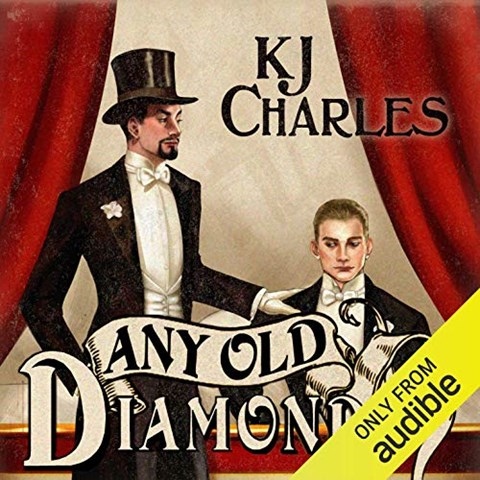 Cornell Collins narrates a bold romance, which is also a smartly plotted heist story. Alec Pyne hires a pair of jewel thieves to steal the diamond parure that the Duke of Ilvar intends to give his Duchess--but the Duke is Alec's own father. This is merely the first of many unexpected revelations in this romance. Collins's initial portrayal of Alec as a diffident and unassuming young man turns out to be an excellent choice when his pent-up emotions burst forth in all their messy glory. Jerry Crozier, Alec's partner in the con (and before too long, his romantic partner as well), is of a very different temperament, and Collins accentuates his military discipline and dominance. A surprising amount of humor is present in the story, and Collins's understated delivery is pitch-perfect. K.M.P. © AudioFile 2019, Portland, Maine [Published: DECEMBER 2019]