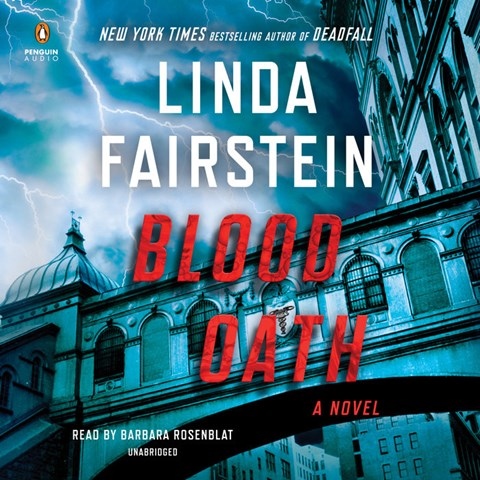 Golden Voice narrator Barbara Rosenblat once again portrays the indomitable Assistant District Attorney Alexandra Cooper in the 20th audiobook in the series. Rosenblat masterfully conveys Alex's independent, fighting spirit as she returns from a leave to deal with a "#me too" situation involving a prominent figure. Using her considerable acting talents to differentiate the many characters, Rosenblat excels at portraying the reluctant young victim and the two detectives Mike Chapman and Mercer Wallace, who make up Alex's posse. Rosenblat is well tuned to Fairstein's persistent pacing, which gives listeners a break every evening when Alex indulges herself in the Final Jeopardy question. Fairstein provides facts about the law, deadly poisons and diseases, and, as always, a New York landmark. This time it's Rockefeller University. E.Q. © AudioFile 2019, Portland, Maine [Published: APRIL 2019]