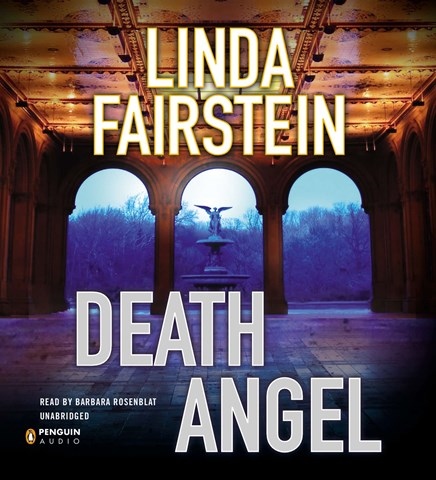 Central Park is the focal point for Fairstein's latest New York City-centric crime novel. Hearing this audiobook often seems like a personal tour of the city’s monuments, history, quirky facts, and hidden byways. There’s also a crime, or several, to solve for DA Alexandra Cooper and her police buddies, Mike Chapman and Mercer Wallace, in their fifteenth caper. Barbara Rosenblat's narration captures the colorful characters with spot-on voices, nuanced pacing, and smart dialogue, as well as the essence of the park and its secrets. For fans, as well as newcomers listening to DEATH ANGEL, Rosenblat IS your fabulous guide to the fascinating details of the magnificent park and an equally satisfying mystery. R.F.W. Winner of AudioFile Earphones Award © AudioFile 2013, Portland, Maine [Published: AUGUST 2013]