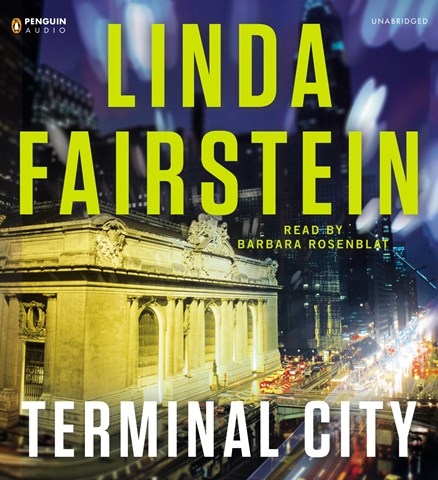 Narrator Barbara Rosenblat and writer Linda Fairstein have at least one thing in common—they’re both top-notch at what they do. In the latest Alexandra Cooper mystery, bodies start turning up near New York City's Grand Central Terminal. The victims all have slashed throats and cuts on their lower extremities that resemble train tracks. Like all of Fairstein's efforts, this one is fast paced and gripping. She also gives you a vivid picture of the majestic station. Rosenblat’s narration flows smoothly, and she's best at delivering the repartee between the three investigators, Alex and her colleagues, Mike and Mercer. This listener’s only complaint—Alex's lover sounds a bit more like a beat cop than the sophisticate he's supposed to be. Still, Rosenblat is one of the few female narrators who can make a male character absolutely believable. A.L.H. © AudioFile 2014, Portland, Maine [Published: JULY 2014]