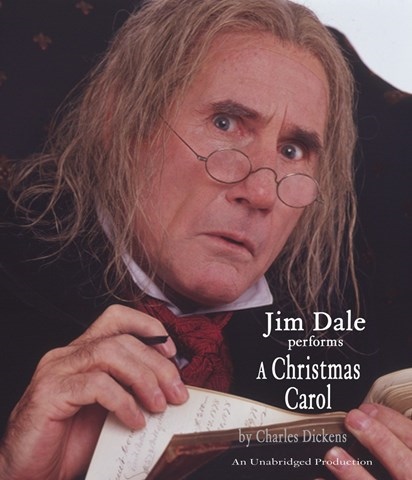 Put Hagrid, Dumbledore, and Moody out of your mind and revel in the story of Scrooge, some choice spirits, and the lushness of Dickensian prose, winningly articulated by Harry Potter narrator Jim Dale, who rescues A CHRISTMAS CAROL from the cloying sweetness of many cinematic interpretations. Fezziwig, Bob Cratchit, Jacob Marley, the spirits, and even Tiny Tim are accorded their unique characterizations. The versatile British actor’s performance of Scrooge as he discovers that his body is left abandoned on a denuded bedstead is as raw and real as when the classic tale was written in the closing weeks of 1843. Dale makes us believe in the Scrooge whose spark has been quenched and carries us along as we watch the various spirits blow the ashes into embers, and the embers into a merry blaze of timeless Christmas cheer. E.E.M. Winner of AudioFile Earphones Award, 2004 YALSA Selection 2005 Audie Award Finalist © AudioFile 2004, Portland, Maine [Published: OCT/ NOV 04]