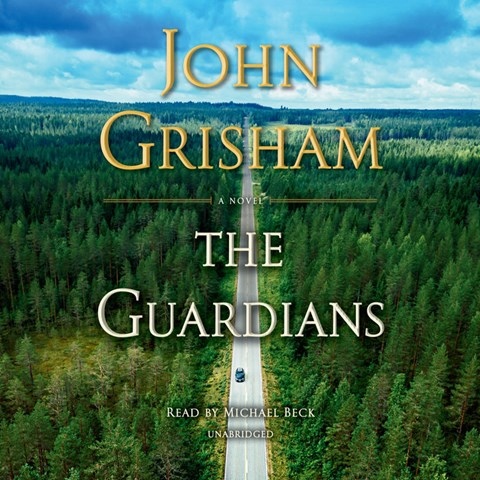 Narrator Michael Beck's Southern drawl lends authenticity to John Grisham's 40th audiobook, this one about a lawyer for a small law firm that works to free prisoners they believe to be wrongly convicted. Beck's earnestness elevates the story of world-weary attorney/minister Cullen Post as he fights like the devil to free Quincy Miller, a man framed for the murder of a sleazy lawyer, for which he has been imprisoned for 22 years. Post and his allies in Guardian Ministries quickly learn that the roots of the frame-up and cover-up go far deeper than the corrupt former county sheriff and the court. In true Grisham fashion, the audiobook follows Post's dogged legal research and takes listeners into the courtroom as he tries to piece together a murder case deemed solved decades earlier. M.S. © AudioFile 2019, Portland, Maine [Published: NOVEMBER 2019]