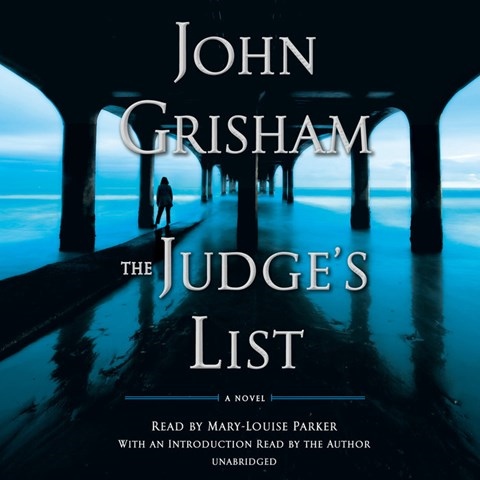 Narrator Mary-Louise Parker contrasts the two featured characters in Grisham's latest: a frightened professor who's trying to stop a serial killer who murdered her father and confident, skeptical judicial investigator Lacy Stoltz. Parker's narration is calm as the professor details the series of murders, each with the same MO. All the victims have ties to Judge Ross Bannock. As the story homes in on the judge, listeners get a sense of the routine lives of his victims and the equally routine process of his serial murders. Parker's voice sounds as methodical as the killer's finely tuned crimes. The audiobook soon becomes a cat-and-mouse game, with mockery and then paranoia entering the judge's thoughts as the probe comes closer. Grisham narrates his introduction. J.A.S. © AudioFile 2021, Portland, Maine [Published: OCTOBER 2021]