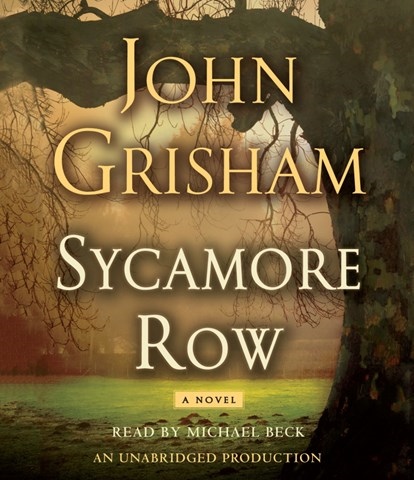 Michael Beck's masterful narration of John Grisham's engaging novel about the validity of a handwritten will offers more than a courtroom battle. Beck expertly guides the story through myriad surprises and suspense-laden twists while affecting the drawls, twangs, and nuances of the characters’ Mississippi dialects. A disgruntled family starts a legal battle against a relative's estate. Jake Brigance, the young defense attorney from A TIME TO KILL, defends the will. A bevy of other characters from the earlier novel become involved as complex entanglements ensue. Beck nails the characters whether they’re confident, sympathetic, unsure, cocky, or even drunk. Overall, SYCAMORE ROW is exactly the compelling work one would expect from Grisham, and it’s even better with the narration of Michael Beck. M.N.T. Winner of AudioFile Earphones Award, 2014 Audies Finalist © AudioFile 2013, Portland, Maine [Published: NOVEMBER 2013]