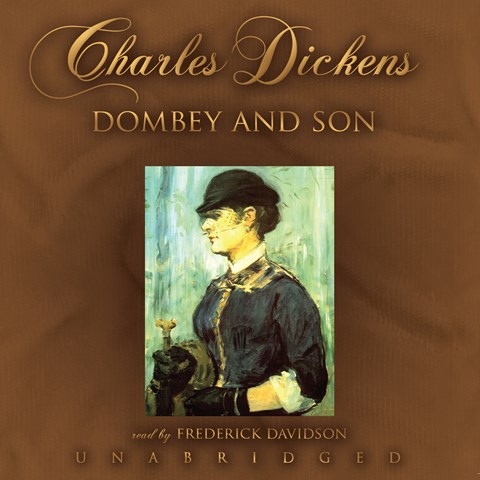 Frederick Davidson gives such a splendid dramatization of this family saga, set in London in the 1840’s, that it’s almost like watching theater. Davidson matches his versatile voice to each one of the principals. He also manages to distinguish with equal elasticity among a host of vivid and disparate supporting characters. Thanks to Davidson’s seamless delivery, the narrative sweeps the listener through more than 40 hours of sustained drama. J.H.L. Winner of AUDIOFILE Earphones Award ©AudioFile, Portland, Maine [Published: MAR 97]