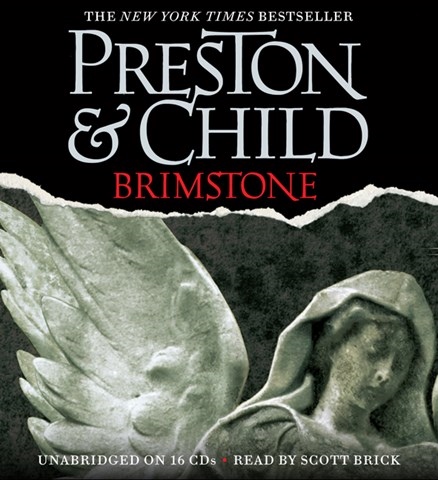 A burned corpse in a locked room, the overwhelming odor of brimstone, and a cloven hoof-print seared into the floor--all point to the supernatural. Then a second murder with the same MO has Agent Pendergast and sidekick Vincent D'Agosta wondering whether they're involved in a case of satanic retribution. Narrator Scott Brick uses his somber baritone with terrifying subtlety. Brick positively shines as an assortment of villainous suspects on both sides of the Atlantic, and when the investigation moves to Italy, he manages a reasonable Italian accent. As Faustian melodramas go, this one staggers under the weight of gruesome descriptions of death and an excess of hellfire. Even so, Scott Brick's performance infuses Douglas Preston and Lincoln Child's thriller with chilling believability. S.J.H. (c) AudioFile 2005, Portland, Maine [Published: FEB/ MAR 05]