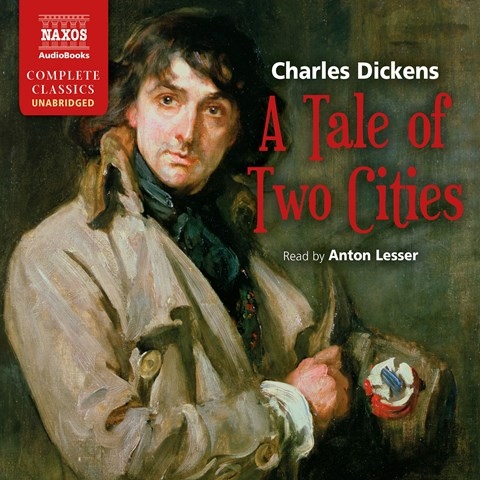 Anton Lesser reads Dickens's historical romance about a French-English family caught up in the French Revolution in a voice fraught with incipient emotion, acting out roles with intensity but without becoming tiresome. A one-man ensemble, he distinguishes characters clearly yet effortlessly, without crudely broad strokes. He renders moments of quiet emotion with delicacy, perhaps even more effectively than big emotions, though he gives rioting Parisians their due. He manages, almost without faltering, to keep the novel vivid and intimate, pressing it into the listener's heart and mind, though at times Dickens's sentimentality and melodrama are hard to take. This is as fine a performance as one can reasonably expect from a narrator. W.M. Winner of AudioFile Earphones Award, 2006 Audie Award Finalist © AudioFile 2006, Portland, Maine [Published: JUN/ JUL 06]