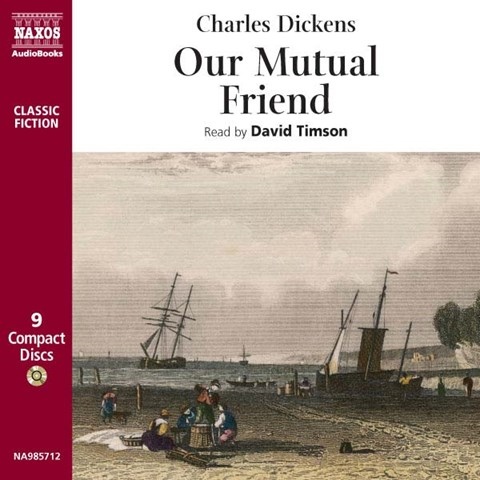 David Timson welcomes you into mid-Victorian London in this superb production of Charles Dickens's OUR MUTUAL FRIEND. This story of intrigue, love, greed, and murder centers on the violent death of a man who stands to inherit a great deal of money and its impact on multiple people at various levels of society. A one-man full cast, Timson creates a large number of entertaining characters--ranging from Mr. Boffin, the "Golden Dustman" who inherits the dead man's fortune and is seemingly corrupted by it, to Silas Wegg, the grifter with a wooden leg, and the unflappable but abused secretary, John Rokesmith. Timson is equally adept at creating women's voices for a variety of believable and distinct female characters. Never a dull moment. A.B. Winner of AudioFile Earphones Award © AudioFile 2008, Portland, Maine [Published: MAY 2008]