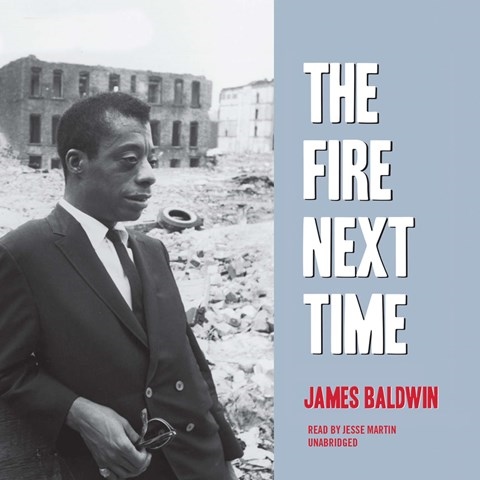 THE FIRE NEXT TIME

There are few books that evoke the dreams and motivations of the "Age of Aquarius" as clearly as Baldwin's polemic on race and the future. Actor Jesse L. Martin effectively re-creates the tone and tenor of the author's view of America at the beginning of the 1960s. Martin chooses to eschew accents and flowery modulations and sticks to the story of Baldwin's fascinating encounter with Nation of Islam leader Elijah Muhammad and his own search for spiritual meaning in an America filled with racial strife. Most striking is Baldwin's reference to Robert Kennedy's prediction that a black man would become the nation's president sometime in the next forty years. THE FIRE NEXT TIME was published in 1963. R.O. © AudioFile 2008, Portland, Maine [Published: JULY 2008]