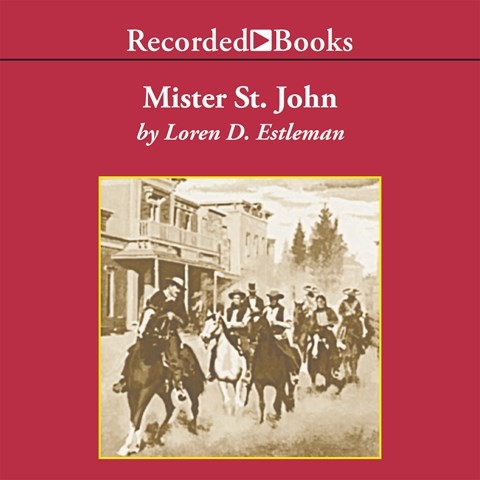 Richard Ferrone's rough and raspy voice is appropriate for Mister St. John, the aging, ailing former outlaw. Ike St. John has survived the hard world of the posse and bounty hunter. Ferrone's voice echoes his exhaustion and endurance, contrasting sharply with the strength and vigor of the young Pinkerton man who hires him to bring in the Buckner gang. The major characters are all men; the few females are read with little vocal imagination. Though many of the voices are similar, the listener has the context to assist in keeping track of the various speakers. Estleman frequently turns a picturesque phrase and certainly tells a compelling story. M.G.S. ©AudioFile, Portland, Maine [Published: DEC 93]