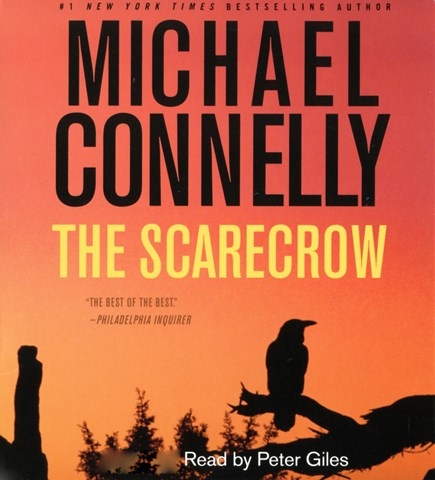 L.A. TIMES crime reporter Jack McEvoy reflects the current state of the newspaper business as he fantasizes about freeing a convict who’s not guilty and capturing a vicious serial killer two weeks before he's laid-off. Narrator Peter Giles delivers the crisp and compelling copy with a deadpan tone and a pace that advances like Patton through Italy. Working again with FBI agent Rachel Walling, with whom he worked on a serial killer case in THE POET, McEvoy is a strong character who shows a soft side when he falls in love with Wallling. Scenes involving the stalking of McEvoy and Walling raise hairs at the back of the listener's neck. Great characters and a satisfying ending cement Connelly’s place as one of the best crime novelists working today. R.O. Winner of AudioFile Earphones Award © AudioFile 2009, Portland, Maine [Published: APRIL 2009]